During the General Members Meeting of the 13th of December 2021 it has been decided to proclaim Kevin Alberts a Member of Merit. 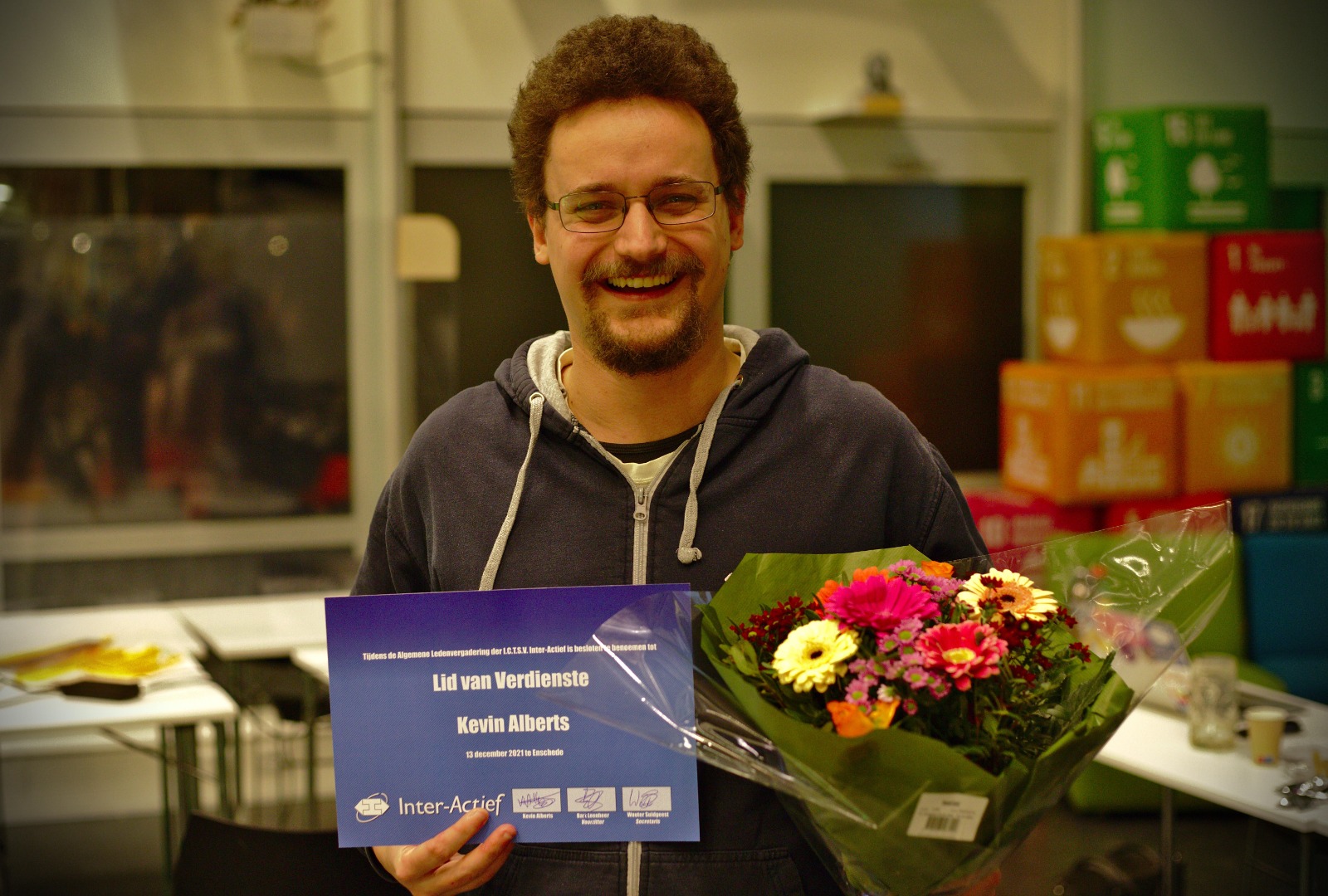 Eight years ago Kevin Alberts started studying at Inter-Actief, Almost immediately after starting his studies, he got active at the system administration committee. Starting a long and very fruitful time helping the association with our IT systems, not only in the SysCom but also in the website committee, slowly turning into someone that was always there to help with any issues regarding any system Inter-Actief has (Also known as yelling "Albeeeerts help!" through the room). But not only has Kevin helped a lot with our IT systems, he also joined multiple committees helping us organize various events. Most notably as a bartender and member of the Societeits committee. With 227 tended drinks in his name and his time as a Quaestor for the Societeits committee, not only fulfilling this task but building a system to help his successors and future treasurers of Inter-Actief. This afterwards turned into multiple years of giving advice as a member of the Audit committee. Summed up, Kevin has helped out our association a great deal, not only as someone who was there to help out during his time at our university but also as someone who has helped the association to set-up for the future.