The EEMCS faculty is looking for student assistants who want to be involved in a development project that will commence in May 2019. The aim of the proposed project is to create a learning platform for students, student assistants, and lecturers of CreaTe, tailored to the needs of a programming course. It will include features that are expected from common code review systems, such as version control and threaded inline discussion of code. It will additionally include social media style mechanisms for discussions of individual projects within a community of students, student assistants and lecturers.

We are looking for frontend and backend developers who meet the following criteria • Can commit for one semester, or preferably more. • Have an interest in Programming Education. • Have experience with tutoring in programming courses. • Demonstrable experience with developing either the frontend or the backend or both of web-based systems. • Are familiar with standard tools for software development.

You will be employed as a student assistant via UT flex, and the number of hours will comparable with that of a usual student assistantship. You will be closely working with the teaching team in CreaTe programming courses. If you are interested or have further questions please contact Ansgar Fehnker (ansgar.fehnker@utwente.nl)

Where will you go next?

Are you interested in organising the next study tour of Inter-Actief or want more information regarding the Study Tour Committee? Send a mail to board@inter-actief.net 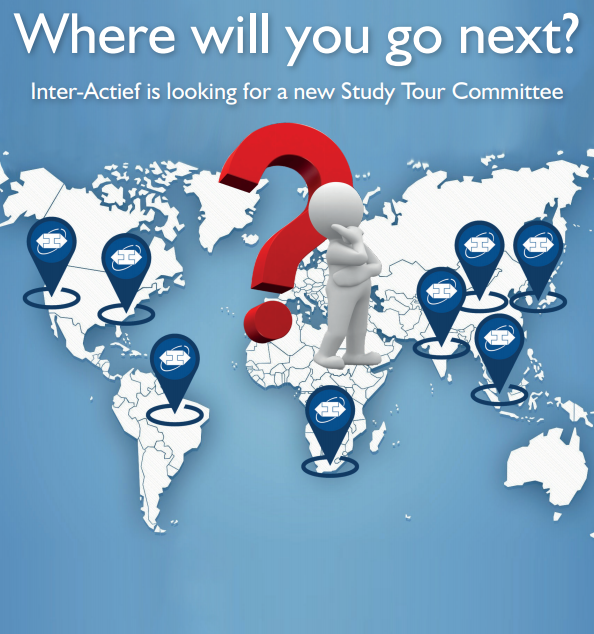 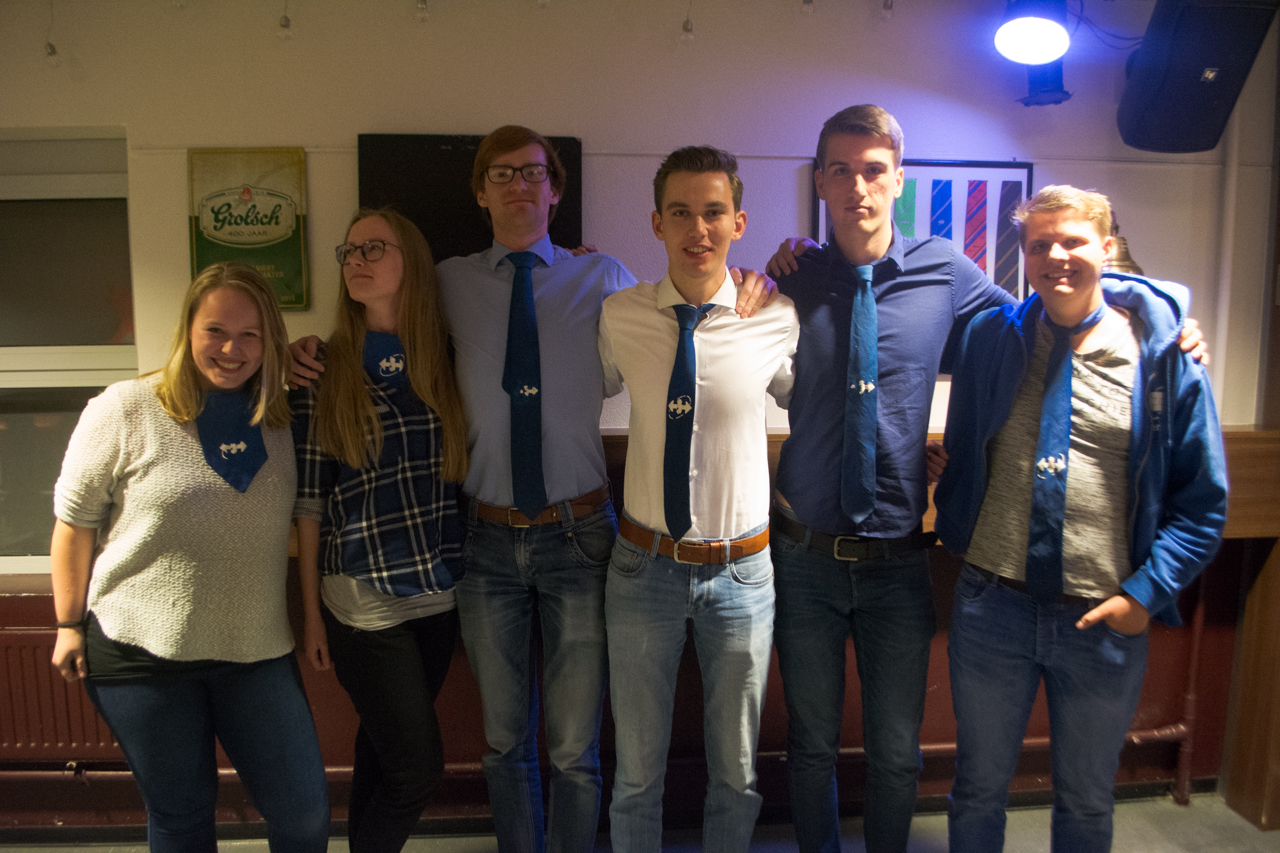 Last summer the new alcohol covenant entered into force at the UT. The effects of this are now clearly visible and are worrying.

In response, the municipality of Enschede has announced that it will carry out additional checks.

Since the new alcohol covenant entered into force, drinking a beer behind while bartending has been forbidden, which led to a lot of protest from various UT associations because this would seriously affect the drink culture. Finding bartenders would be impossible, no one would like to spend hours behind the bar without being able to drink along.

Now, half a year later, this effect does not seem to work out as was thought earlier. After a recent conversation with a special officer of the municipality, students have shown solidarity with the bartenders and starting 1st of April 2019 only non-alcoholic beverages will be provided in the drinking rooms on campus.

The municipality has announced that they are not happy with this and will go into discussion with the association boards. "So much sugar is very unhealthy for young adults whose brains are still developing," said a spokesperson. "Diabetes is an increasingly common illness among young people, and we find that a very worrying development."

This development does not only occur in Enschede, other cities recognize the problems. In the National Prevention Agreement, the Association of Dutch Universities, the VSNU, says that universities are working towards an effective drink policy. Inter-Actief welcomes the initiative. ”We will compare the results of the national survey with our current policy to see what else we can do on campus to encourage students to use sugar responsibly. In doing this we are working together with the boards of the study and student associations, who are also positive about these national developments” says chairman Jelle van den Wijngaard.

Did you enjoy the last Kick-in? Do you want to introduce new students to the university? Then we are looking for you!

The Kick-IT is looking for new do-group parents and do-group to deliver the best experience to the new students. We are looking for old do-groups to return, as well as new do-groups. If you want to create a do-group with your friends, now is your chance. You can enroll your do-group at tinyurl.com/iadogroupparents. Enrollment for do-groups starts the 1st of April at 12:00. For new do-groups we use a first come, first serve principle, so be sure to enroll your do-group. If you have any further questions, you can send them to kick-it19@inter-actief.net.

The programme committee of BIT has two open vacancies.

The BITOC, the programme committee for the Business & IT and Business Information Technology programmes, has opened two vacancies for immediate fulfillment.

VACANCY ONE: BITOC student member As a student member, you work cooperatively with programme management on management issues of the educational programmes. This includes, but is not limited to giving advice and approval to the annual examination regulations, providing input for the design of the educational curricula, and monitoring the general state of affairs within the programmes. Since a former bachelor student is leaving us, the preferred candidate would be in their early or final stages of the bachelor's programme. However, master's students are welcomed to apply as well.

VACANCY TWO: BITOC minutes secretary As a minutes secretary, you will join our monthly meetings and take notes. The meetings will also be recorded for the purpose of creating and expanding the minutes afterwards. This means that you'll also need to finalize the minutes after every meeting and have them ready in advance of the next meeting. Needless to say, this is a paid job, and you will work in close collaboration with the CES (former BOZ) colleagues responsible for our programmes.

Please contact the BITOC student members at bitoc-students@lists.utwente.nl if you are interested in one of these vacancies.

After the votes were in, two of the three nominees, Klaas Sikkel and Rom Langerak, appeared to have a exactly the same amount of votes. The third nominee, Andreas Peter, fell just by the wayside with only a few votes less than the other two. Therefore, Klaas en Rom both received the first prize at the Inter-Actief Decentralised Education Award ceremony last Friday (15th of March). 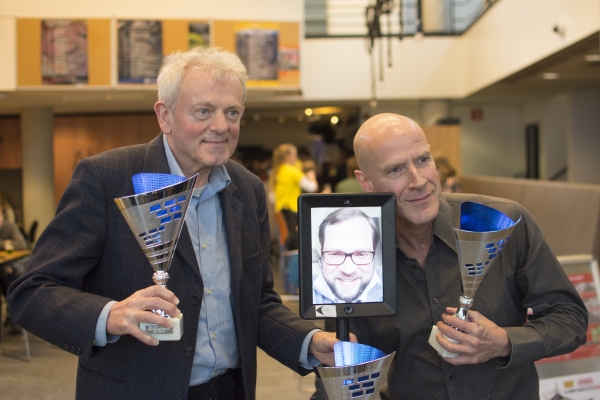 Apply now for the candidate board! »

Inter-Actief is looking for its next board! Are you willing to steer our association in the right direction for a whole year starting September?

Sign up for an interview now by sending a short mail to board@inter-actief.net. The registration deadline is this Sunday, March 17th.

For the module Programming Paradigms in the fourth quartile of TCS, the programme is looking for teaching assistants.

The Kick-IT committee for the Kick-In of 2019 has been formed, together they will organise the faculty Kick-In for Inter-Actief.

The committee has been formed as follows: 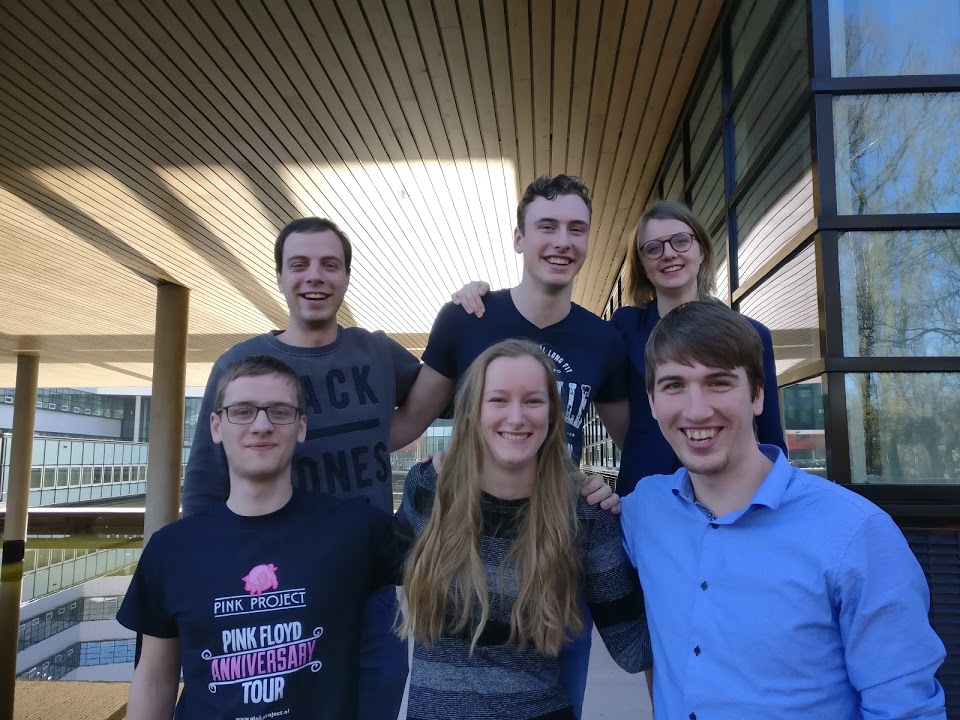 Participate in the National Student Survey! »

Give your opinion about your programme.

How do you rate your programme? Give your opinion in the National Student Survey and be a helping hand in improving the quality of education. Your opinion, together with the opinions of 270.000 other students, will be used for the national study choice guide.

Want to participate? You should have received a message from the University of Twente in the name of the NSE on your student mail. This message contains your personal link to the survey. Upon completion, you are participating for a prize as well!

Room closed on the 6th of February due to Symposium Omniscient »

This coming Wednesday the 6th of February, the Inter-Actief room will be closed, due to Symposium Omniscient taking place at the Van der Valk hotel in Enschede.

On the 7th of February the room will once again open at 9, for all your questions, or if you just want to get some snacks between your lectures.